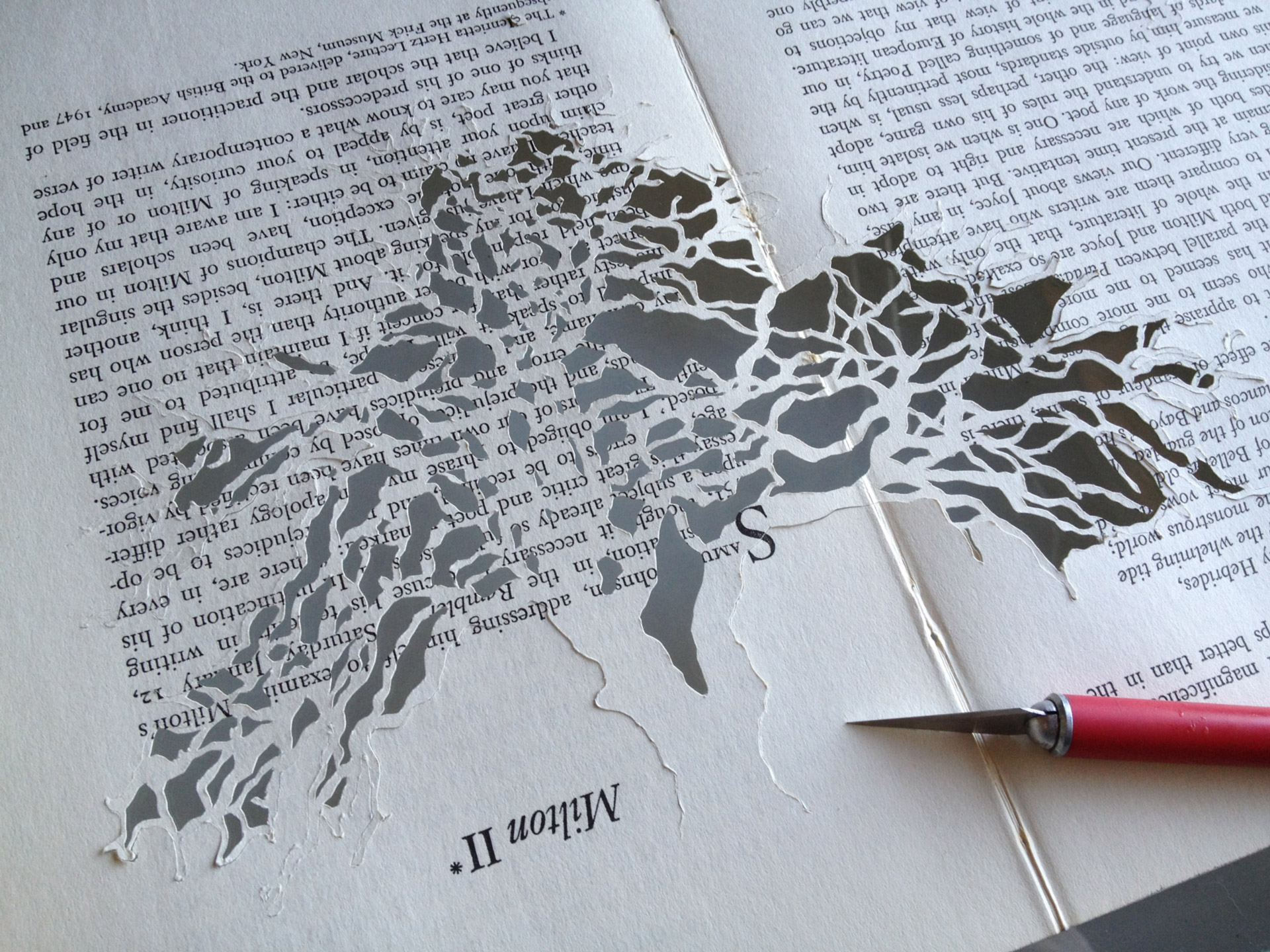 It’s not hard to decide which I loved moreâ€“singing on this record or creating the album artwork. It’s both.

One of my favorite aspects of working with people I know, is that I KNOW a lot about them, and what is going to matter in the work I create for them.

Bruce (Ruben Lee Dalton) is a person who served as a marine in Vietnam, raised a loving and talented set of children, writes poetry that will make you cry, and sings with a sense of authenticity that embodies this wise and lighthearted man. Bruce loves the written word, and the spoken word. He loves his dog. And the songs that made the cut are all important for their lyrical meaning. They’re the bones that hold them up.

The artwork for A Night Like This was born from this understanding, and found life quickly. I had been recently obsessed with the hand-cut illustrations of vintage western novels, and loved how scenes are created out of bent paper, with added dimension through “stage” lighting.

The book of choice for this project, was T.S. Elliot’s book, “On Poetry and Poets”. (Conveniently recently acquired in a garage sale score!) Breaking the law in a very sincere way, but acceptable for this purpose, I slit open the signature threads, one by one. I knew, with the angle of the shot I had in mind, I wouldn’t need to try & mend the signature, and could get away with placing the leaf in the crease to make it appear as if it were still connected. With a new Exacto blade and glass table, I set to work on the hand-cut illustration.

This was such a fun part of the process, getting lost in the shapes, until all of the branches were substantially defined. I became so enamored with the resulting branch shapes and the layering effect of light through clean white paper, I was astounded at how beautiful this technique was for creating new and interactive textures.

With the oak firmly rooted in the background, the man and his dog could be revealed in the foreground. Compared to the complexity of the oak, cutting these figures out was a breeze. But what it added in terms of compositional dynamics, was the exact personality I was hoping for–a man and his dog, gazing across the valley, past the oaks, up into the stars.

I’ve always loved pinhole artwork, and the bokeh effect of pinhole stars when used in stop-motion films, and that is exactly how I wanted this piece to look. I took a large sheet of kraft paper, painting it first with dark spray paint, then brushing it with a blend of navy blue and black acrylic. I punched so many pinholes in the paper once it was dry, which was almost as much fun as popping plastic bubble wrap 🙂

With the scene set, backlit paper far enough away to provide convincing stars, with just enough light in the foreground to highlight our main character, the photo was taken, capturing everything about A Night Like This.

Translating this work to packaging was a delight. The background’s paper texture paired with negative images of oak trees against an actual night sky, subtly nods to the materials used in the main scene, while providing distinct legibility for all song lyrics, titles, and credits. With such a detailed illumination on the album’s artwork, aren’t you excited to listen to the beautiful music? I know I am.